FREE SHIPPING ON ORDERS $75 OR MORE

Last we spoke Tina and I were headed to the airport in Hong Kong, taking off on a new adventure on our first trip to Myanmar.  Myanmar may bring a variety of images to mind, or possibly none depending on your knowledge of the world. For decades it was on the world blacklist for a slew of human rights abuses.  However, in the past decade, the government has moved to civilian rule, and the country has opened up to the world.  Just 3 years ago was a different realm inside the country. Where you once had to bring pristine hundred dollar bills to exchange, there are now ATMs scattered throughout the land. Where heading to Myanmar once meant going fully off the grid, there is now remarkable 4G cell coverage. It’s a country on the tourism rise, and we are here to try and siphon off some authentic experience before it gets too tainted. Hope we are not too late!

Tina’s Travel Tips:
Believe it or not, Uber is in Yangon. For 6000 Kyat (4 USD), we got a reliable trip to our downtown hotel from the airport (45 minutes).

Our first stop would be the former capital city of Yangon (also formerly Rangoon from British colonial days).  We caught a direct flight from HK, and a mere 3 hours later landed in the strange new land.  It was a smooth entry, and before we knew it,  we were checked in to our hotel downtown, the beautiful Merchant Art Boutique.  The familiar smells and sounds of a proper 2nd world city were in the air, much to my delight. The first night we had a beer on the roof, to decompress. We were pleased to see that the famous Shwedagon Pagoda was in full view. This is an ancient Buddhist temple, one of the holiest sites in the religion. Our view was stunning, catching the reflection of light off the gold veneer.

The next morning we woke early after another 1.5 hour time change. We still weren’t on Asia time, and now a full 12 hours off home. This would be our only full day in Yangon, so we got ourselves together, and after breakfast, headed out to see the Pagoda. Being a bit jet-lagged still, we were bad tourists, and smelled of the west when we didn’t dress appropriately. Both of us know better, but thankfully the entrance offered some sarongs and shirts to help us avoid offending the locals.

Tina’s Travel Tips:
If you don’t have appropriate clothing, you can borrow a sarong and shirt at the entrance to the Shwedagon Pagoda to cover up and show your respect. 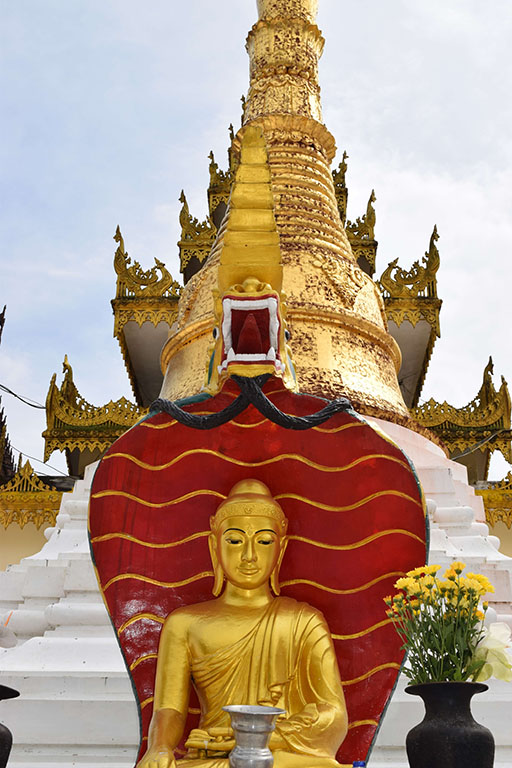 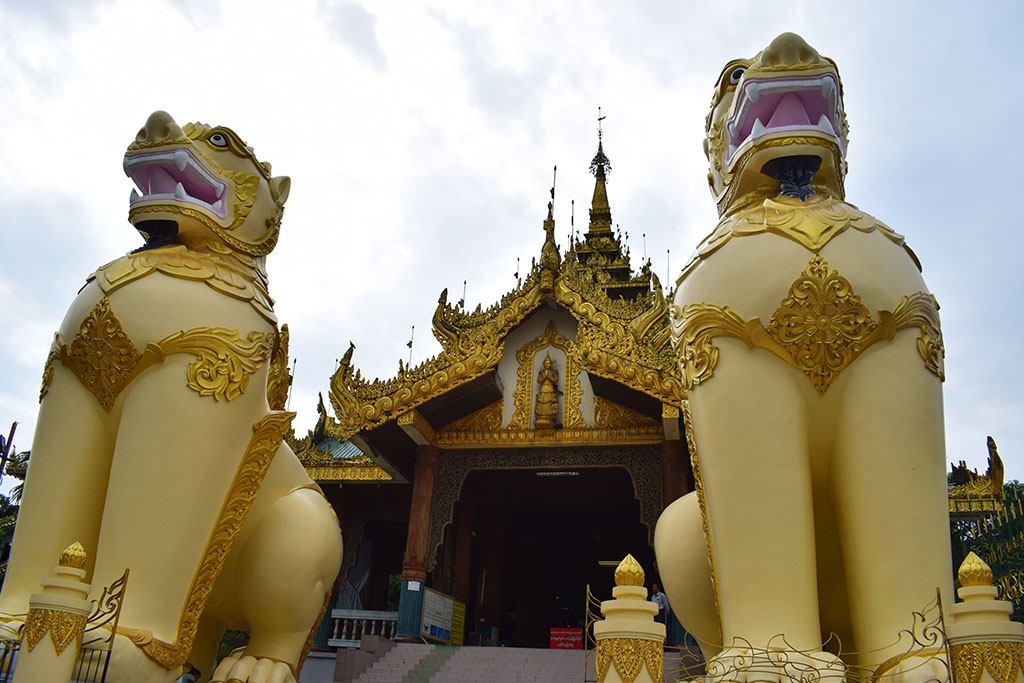 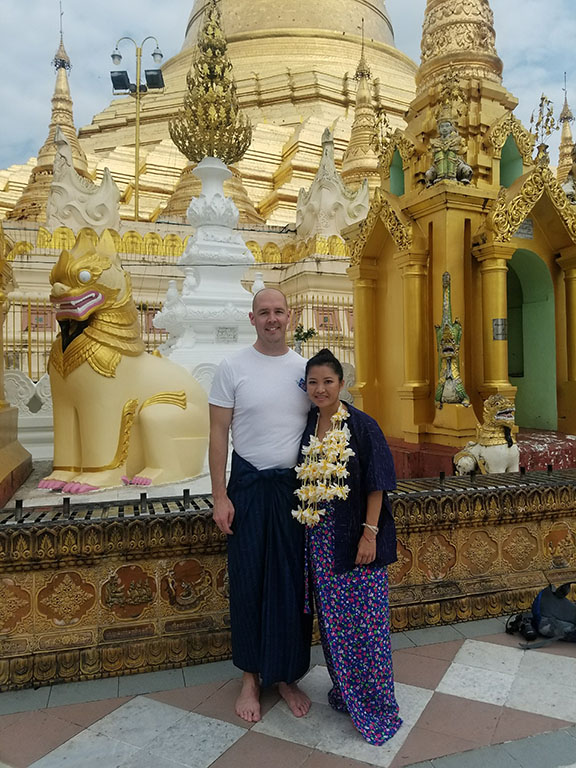 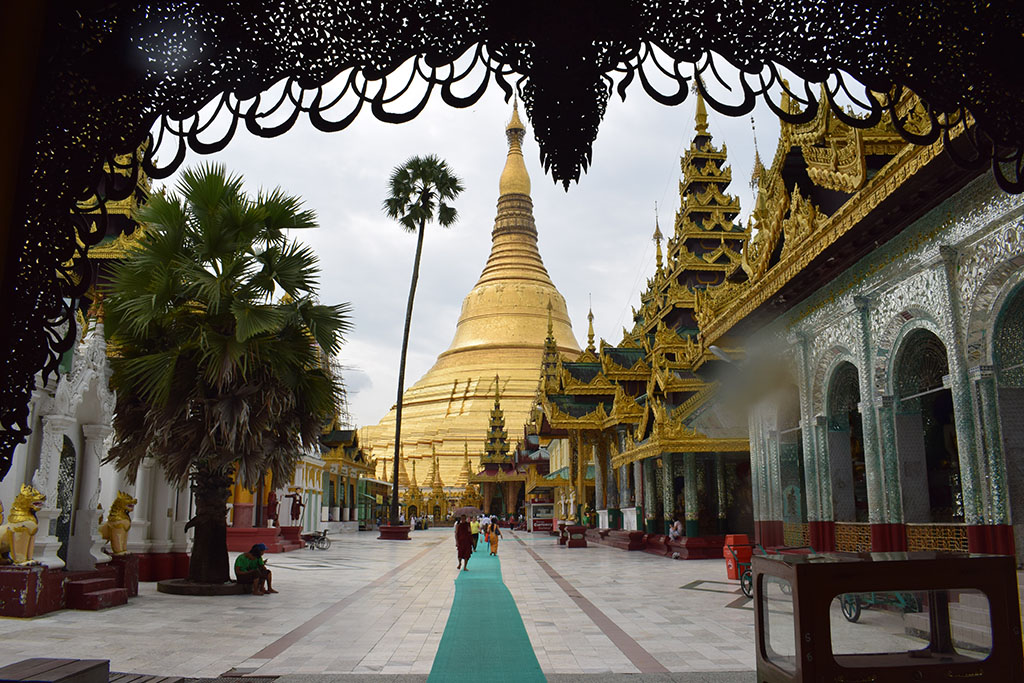 The Shwedagon Pagoda is thought to have been originally built sometime between the 6th and 10th centuries.  It is a massive site, with many temples and pagodas surrounding the main pagoda which stands out with over 27 tonnes of gold leaf adorning the exterior. There was a wide variety of people taking in the scene. From obvious tourists like ourselves to old monks in robes meditating at the many Buddha statues.  Always a bit surreal to see these famous destinations in person, we took our time to enjoy being there before heading off.

As we exited we were in for a treat.  A ceremony was just beginning, which included a march of locals playing instruments following a man dressed as an elephant, dancing wildly.  We followed them along down the exit stairs enjoying what seemed to be some authentic culture.  We still don’t know what the ceremony was for, however.

After grabbing some lunch, and some cool air-conditioned space, we went in search of a Thai Massage.  One of my favorite activities in SE Asia, I can’t recommend them enough. For usually less than $15/hr, you get a fantastic stretch and bend and come out feeling like a new person.  This time was no exception!

We did get our first taste of proper Asian city chaos on the way back to the hotel. Our cabbie didn’t know the way, although he headed off as he did. Luckily I was equipped with google maps, and let him know.  No problem, he just pulled a U-turn into a barrage of oncoming traffic. They honked and slammed the brakes, but managed to not crash into us, and we were safely pointed in the right direction.  I’m sure I’ll cover driving in Asia in more detail later, and also have ranted in the past blogs, so I’ll spare you for now. 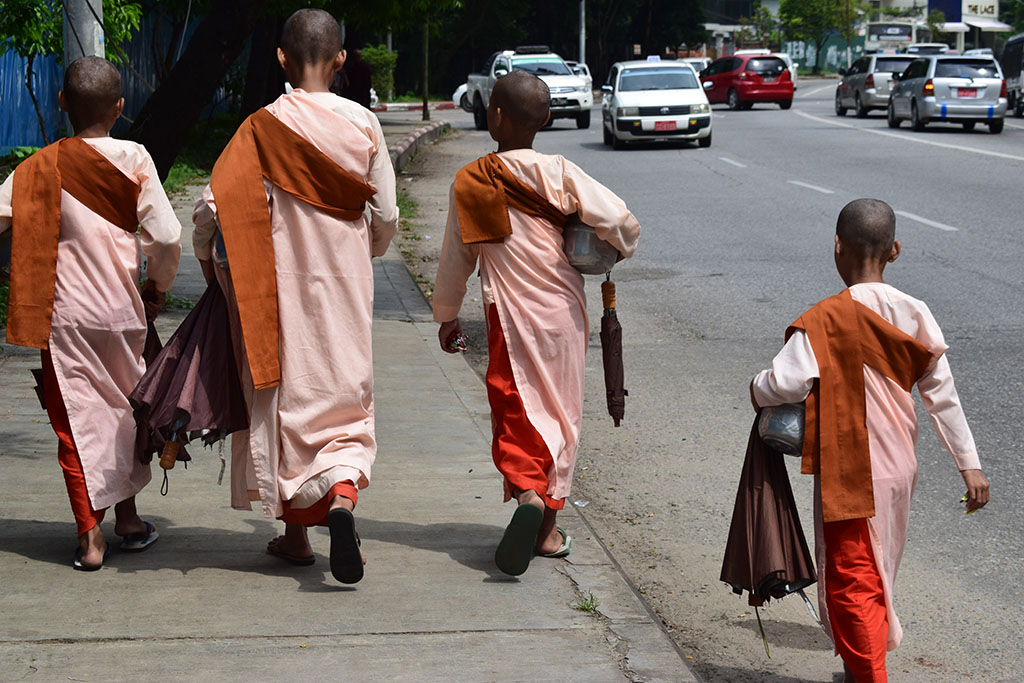 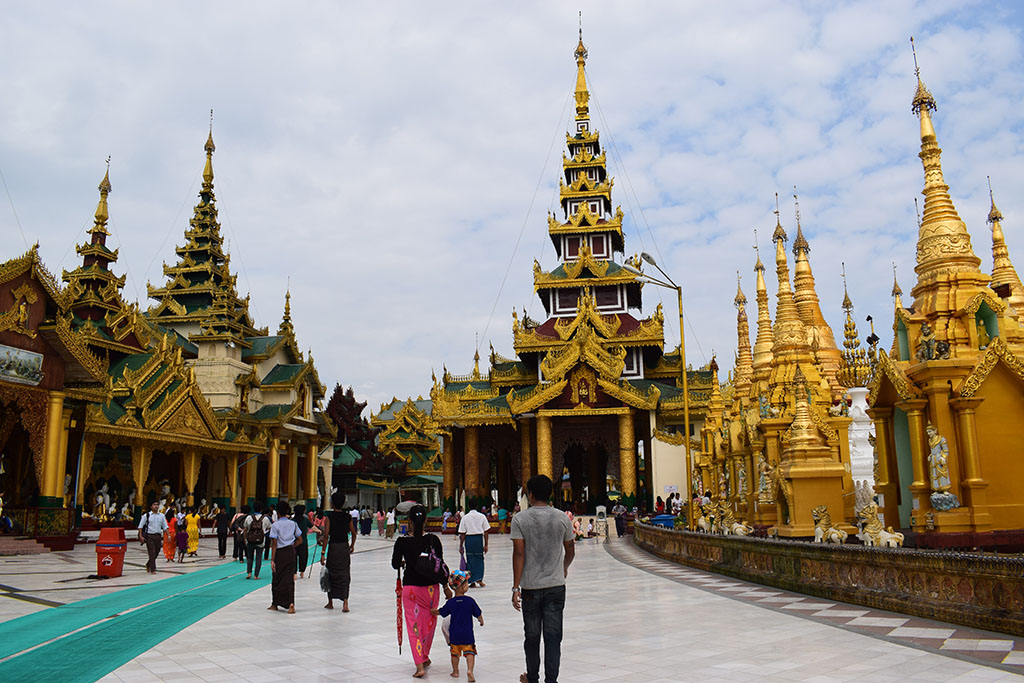 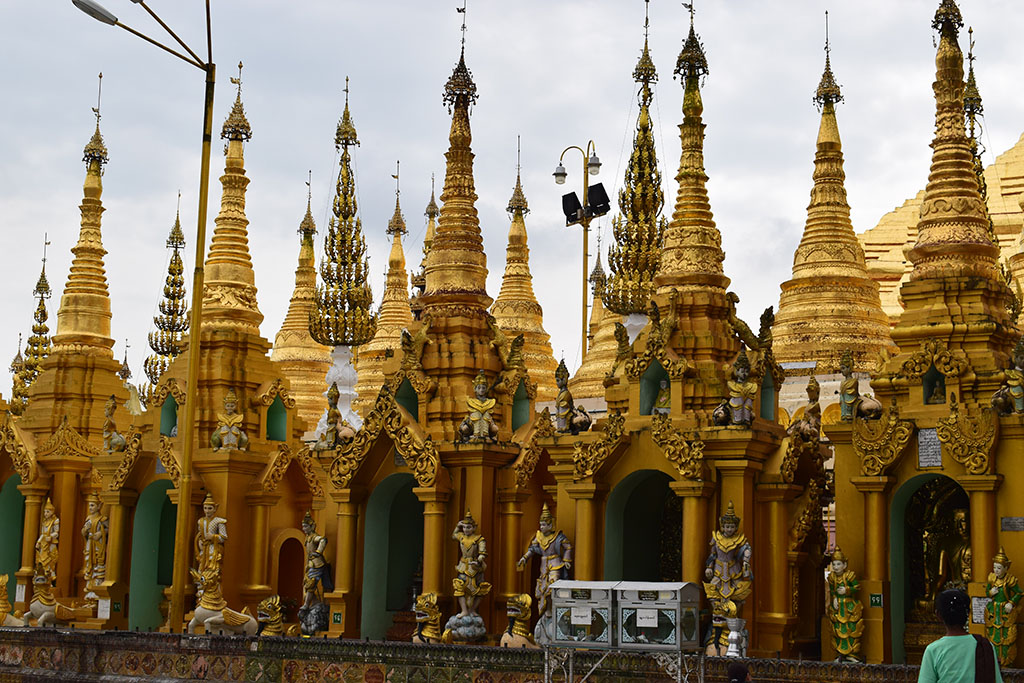 The next day we were set to take a local flight to Bagan.  Flying local in these countries always triggers a bit of nervousness, but we chose the 1-hour flight instead of the 16-hour train :).

See you on the Plains of Bagan!